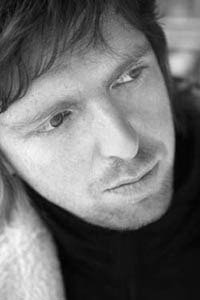 Ashley Naylor is best known as the vocalist, guitarist, and main songwriter for the Australian mod/pop group Even who have recorded numerous albums and EPs and singles since the mid-’90s. While Even encompass all of the best aspects of the heavier side of the mid-’60s British Invasion (think The Who, The Kinks, The Move, Rolling Stones c. 1964-66) and more recent purveyors of that sound such as The La’s, Stone Roses, and Oasis; Naylor’s solo debut is more sublime, bringing to styles of vintage Neil Young and the Rolling Stones when Keith Richards was hanging around with Gram Parsons.

Ashley Naylor has been named in Australian Guitar Magazine’s Top 50 Australian guitarists of all time! Naylor is among AC/DC’s Angus Young, Billy Thorpe and classical guitarist Slava Grigoryan in the ‘best of’ list voted by music journalists and guitarists. In 2020 Naylor joined the seminal Australian band The Church.

Already released in Australia, UK scribe Mick Middles writes in The Guardian that Four-Track Mind completes “my lo-fi vision of Australiana; an existential world where a lonesome troubadour is allowed to wander. In places I hear the sweet twang of Neil Young, elsewhere at least two broken hearts – poor Ashley, have been there. AM there! – and how wonderful to just become lost to the twang of a man, a guitar and a voice, carrying me through ,myriad and complex influences. The album, Ashley Naylor’s Four Track Mind – clever title – contains eleven songs of blues and sunshine. I shall take it with me, in a couple of months when I escape to the beaches of the Med – or Wales if I am broke – and it will perfectly suit the sun, surf and girl watching.and a little wine. It is an album that can be enjoyed as a relaxation or pep… both in one night.”