The 12-song retrospective “1991” highlights the period when the original Smashing Orange lineup gained international cachet and critical attention thanks to a glorious reception from the London scene centered around bands such as Ride, Lush, and My Bloody Valentine, and trendsetting publications like NME and Melody Maker. 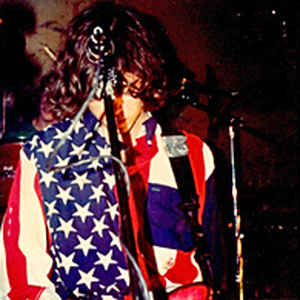 Originally released in the UK on the Native Records label, these recordings were never released in the US (except the limited edition singles “My Deranged Heart/Only Complete in You” and “Not Very Much to See/Collide” on Ringer’s Lactate). Smashing Orange were just as majestic as Ride and My Bloody Valentine, but rocked EVEN harder, often channeling an intensity similar to ’60s garage rock legends like The Chocolate Watchband and The Electric Prunes. 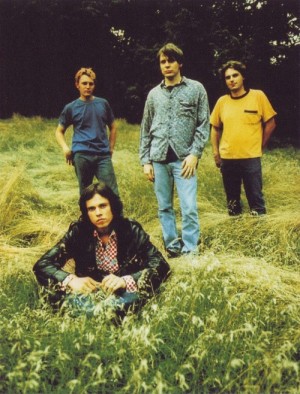 Fronted by Rob Montejo on vocals and guitar, the group also consisted of Rob’s sister Sara, who provided the heavenly backing vocals, Rick Hodgson (guitar), Tim Supplee (drums), and Stephen Wagner (bass). After 1991 the band’s dynamic would change. While Smashing Orange went on to release two albums on American Native and MCA respectively, it was more or less a different band, less shoegaze-driven, and more geared toward classic ’60s hard rock sounds. The aforementioned releases are solid efforts, but “1991” is the band’s crowning achievement, perhaps the greatest American shoegaze record ever.

Rob Montejo went on to form Love American Style, releasing “Undo” on Oxygen Records. He then formed the short-lived, My Wig is On. They released an internet-only EP in 2002. In 2004, he released a self-titled internet-only full length, and then created with Monika Bullette, the gaze-grunge duo The Sky Drops